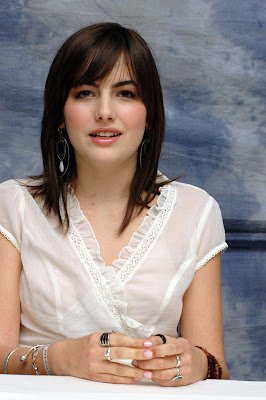 Pianist and polyglot, Camilla Belle began her career at the age of 9 months, posing for numerous advertising campaigns. She continued her apprenticeship in spots throughout her youth before appearing in various TV films. At 11, she made a short appearance in Steven Spielberg’s blockbuster The Lost World, the sequel to Jurassic Park, where she was attacked by charming “compies” from the first minutes of the film.
She then played alongside Nicole Kidman in Les Ensorceleuses, and in 2006 obtained the first female role in The Ballad of Jack and Rose by Rebecca Miller, where she played a role, of Daniel Day-Lewis. Babysitter harassed in Terror on the Line in 2006, Camilla Belle plunges the following year into prehistory with the epic 10,000 of Roland Emmerich. She also appears alongside George Clooney in the “George Who?” by Nespresso.